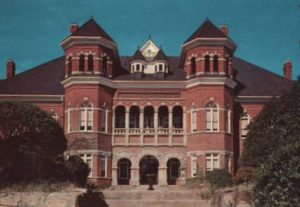 The International and Global Studies Program (IGS) is an interdisciplinary “Special Program in Liberal Studies” residing in UNCG’s College of Arts and Sciences.  At the time it was established in 1962, it was called the “International Studies Program” (INS) and existed only as a degree “supplement” for Juniors and Seniors who had studied abroad and were pursuing a major in one of the existing traditional disciplines.  In 1980, the status of the program was upgraded to afford students with an abiding interest in international matters and a disposition to     integrate course work from a variety of academic fields the ability to pursue an  “INS” major or minor in the context of a select list of functional and regional concentrations.  From that time until the self study and external review conducted in 2004-05, the program showed steady but modest growth, capping at about 60 majors, second-majors, and minors and affording up to six concentrations, including Global Affairs and International Development, Inter-Cultural Studies, Russian Studies, European Studies, Asian Studies (as a minor), and African Studies (as a minor).

Since the infusion of support from the College beginning fall 2006, the program has undergone significant enhancement and growth.  In addition to receiving a new director, a suite of offices in the Foust Building, and an administrative associate line, the Program has… 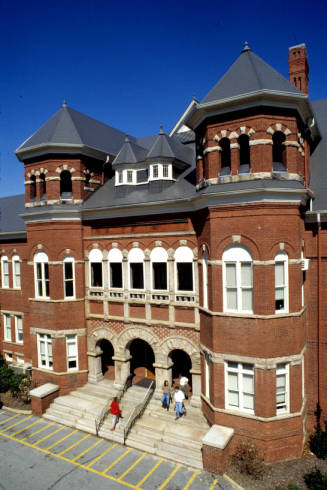 Further, IGS has broadened its engagement with international experts from across the campus by inviting representative stakeholders in the College and professional schools to serve on its Program Advisory Committee (PAC) and multiple Concentration Faculty Groups (CFGs).  It has also strengthened and expanded its affiliation with most departments and programs of the College and the professional schools that include significant international elements in their teaching and research missions and co-curricula.  Chief among these units are UNCG’s departments of Languages, Literatures, and Cultures, Political Science, Sociology, History, Geography, Anthropology, Religious Studies, English, Communication Studies, and Media Studies (all in the College of Arts and Sciences); the department of Ethnomusicology (School of Music, Theatre, and Dance); the departments of Sustainable Tourism and Hospitality and Peace and Conflict Studies (both in the School of Health and Human Science); and the departments of Economics and Consumer, Apparel, and Retail Studies (both in the Bryan School of Business and Economics).  IGS has likewise taken the lead in establishing and managing UNCG’s co-curricular “Global Leadership Program” (GLP) (est. fall 2007) and the Eta Delta chapter of the Phi Beta Delta International Scholars Honor Society (est. October 2008).

Complemented by its commitment to offer a strong curriculum and to subsidize or endorse a wide range of international and global events benefitting the university and greater-Greensboro communities throughout the year, and supported by a diverse array of dedicated faculty in all its efforts, the above enhancements have attracted approximately 200 students to pursue a major, second major, or minor in IGS—a nearly 400% increase since the self study of 2004-05.