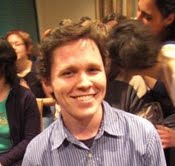 Tom Liles graduated from UNCG in 2011 with a BA in International and Global Studies (European concentration), German, and Political Science (minor), as well as a BM in Jazz Studies. His undergraduate body of research, which encompassed security, political, and social issues in the Caucasus, Central Asia, and the Balkans, has received continuous recognition for its analytical depth. Tom currently lives in Tbilisi, Georgia, where he works as a research intern at the European Centre for Minority Issues Caucasus. His current project deals with issues of ethnic identity and religious transformation in the Autonomous Republic of Ajara in western Georgia. Additionally, Tom speaks Russian and took part in an intensive US State Department-sponsored Critical Language Scholarship program in Kazan, Russia during the summer of 2011. Tom plans to enroll in a MA program in International Relations and seek employment with the State Department, and he looks forward to applying the skills he developed as an IGS major in his future career endeavors.